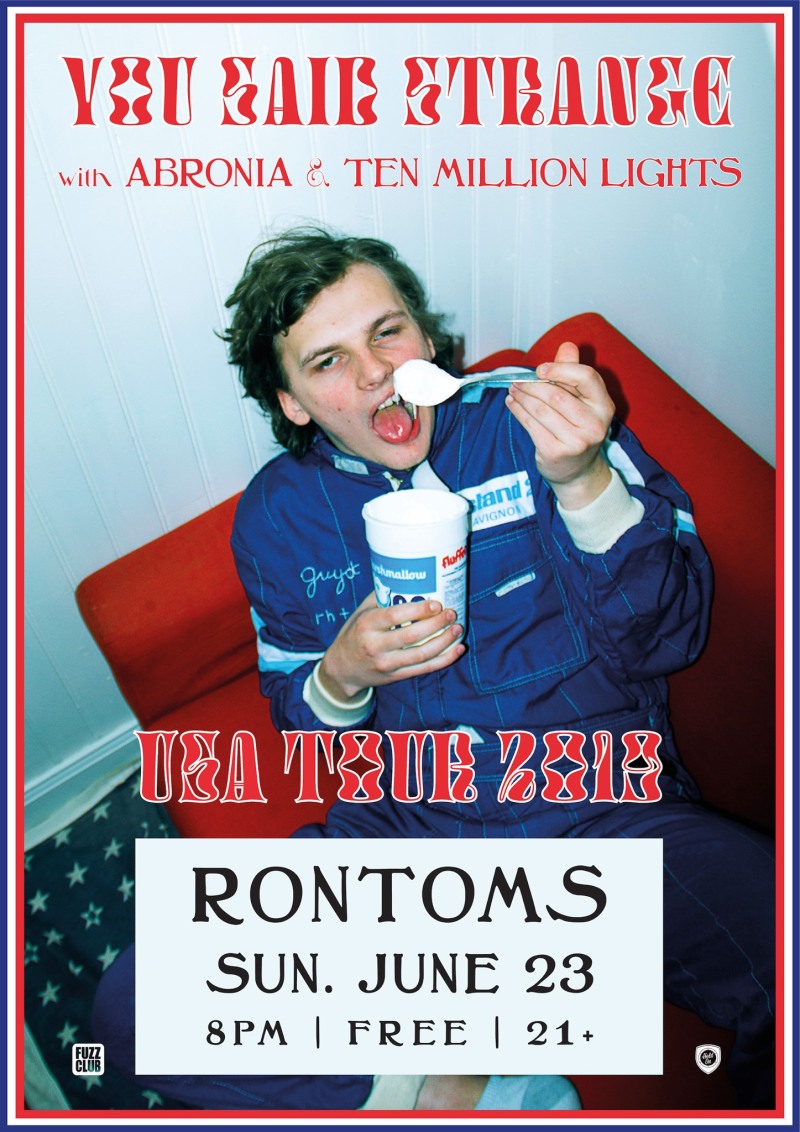 Ten Million Lights are proud to be supporting French band You Said Strange during their Portland debut at Rontoms Sunday Sessions.  You Said Strange released their first record, “Salvation Prayer” on Fuzz Club Records in 2018 and it was recorded by Pete Holmstrom of The Dandy Warhols and Pete International Airport.  The bill will be rounded out by Portland’s own Abronia.